Like tap water and television sets, air conditioning is one of those conveniences that we tend to take for granted—that is, until we’re somehow denied access to them. When the air conditioner breaks down in the middle of summer, it usually doesn’t take long for things to become uncomfortably hot in the house. In this kind of situation, every minute can feel like an hour, and it’s reasonable to wonder, as we’re sweating in the heat, how anybody ever managed to do without air conditioning.

Yet that’s what people did until fairly recently in history. What was life like without air conditioning? Let’s take a walk through the historical record to explore this topic in more detail; then we’ll explain all the benefits that have come from the widespread use of air conditioning. 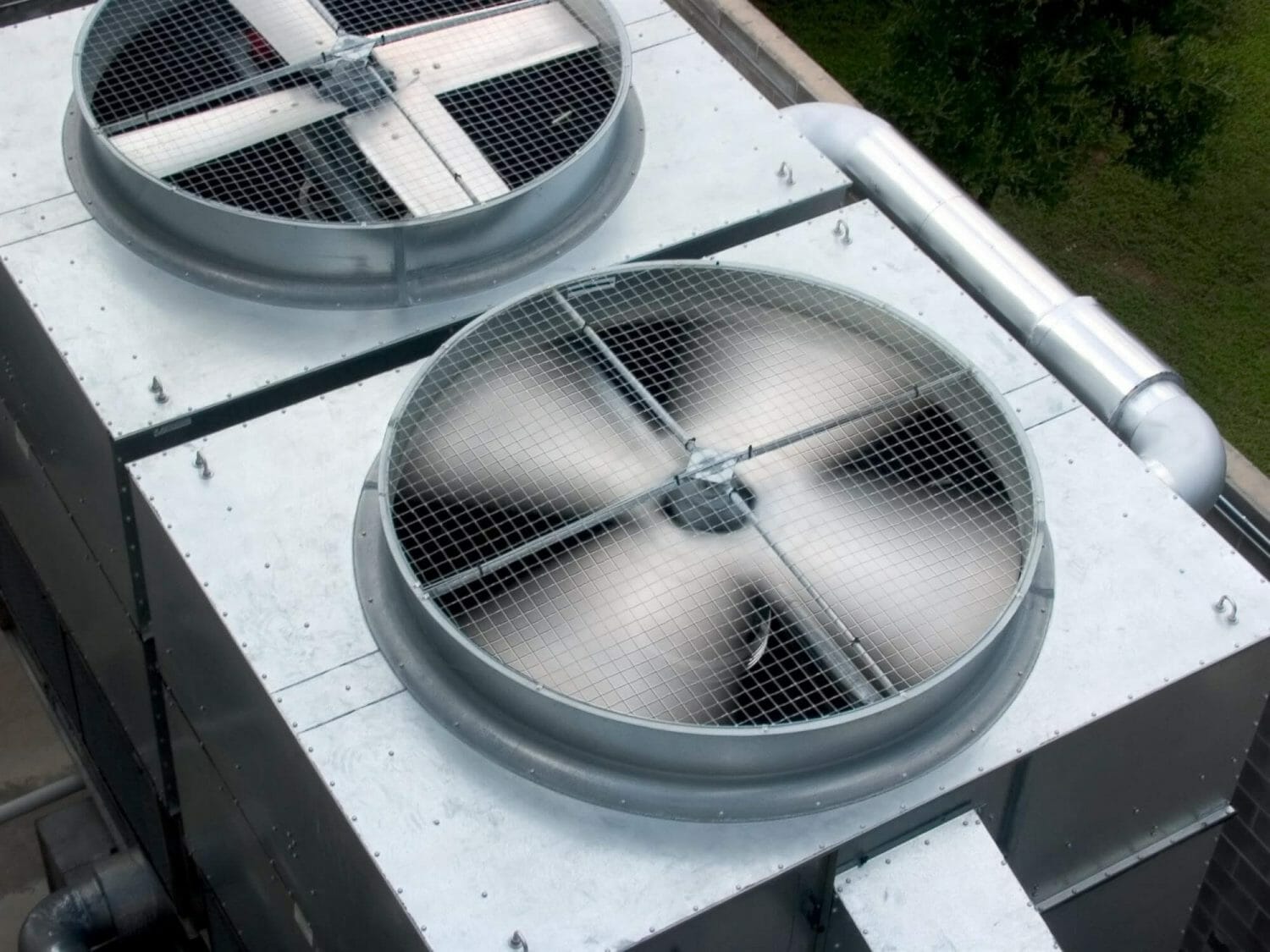 What We Did Before Air Conditioning

Modern air conditioning was invented in 1902 by an engineer named Willis Carrier (1876-1950), but it took decades before this revolutionary innovation became a standard household appliance. So, how did we get by before then?

For one thing, housing standards tended to reflect the need to keep natural heat and humidity to a minimum. In hotter locales, it was common for houses to be built several feet over the ground, a practice that allowed air to circulate underneath the flooring. This had a cooling effect on the interior temperature of the house.

Another trick was to build houses with high ceilings. As most of us remember from our grade school science classes, heat rises. High ceilings gave heat a lot of room to rise, making temperatures below more bearable for human habitants.

Trees also provided houses with valuable protection from the sun’s rays. It was common for homeowners to plant trees on the east and west sides of the house. The foliage helped shield the house from excessive heat as the sun slowly made its way across the sky. 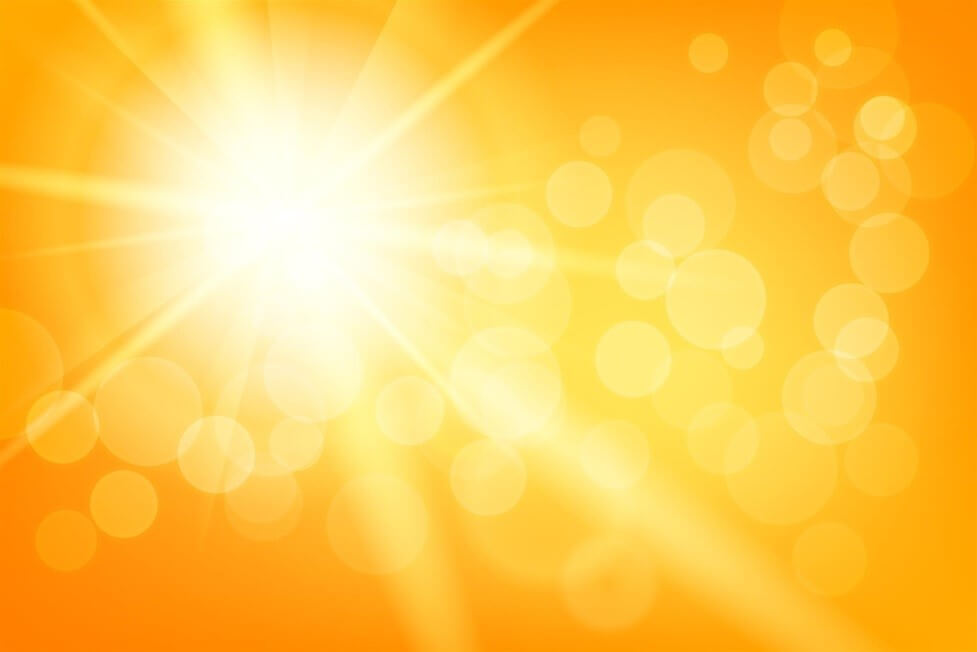 Escape from heat was also a prime consideration when choosing a place to hang out during leisure times. During the evenings, many homeowners made a habit of relaxing out on the porch while the heat generated by the oven slowly dissipated inside the house.

A whole suite of furniture was manufactured with porch use in mind: swings, hammocks, and rocking chairs, among other products. For many people, post-dinner conversations with family and friends in the porch area became a routine practice, as much a part of everyday life as movie nights and Internet chat rooms would be to a later generation. It wasn’t unusual for people to make a habit of sleeping on their porches at night, letting the sound of crickets or other critters carry them off to dreamland.

If people weren’t hanging out on the porch, they’d often took refuge in their basements. If you have a basement or have spent any significant amount of time in one, you’re already aware that this area naturally has a cooler temperature than other parts of the home. This is primarily due to the cooling properties of the earth that cradles the basement area. Even today, the basement tends to become a sanctuary for everyone in the household whenever the A/C fails. 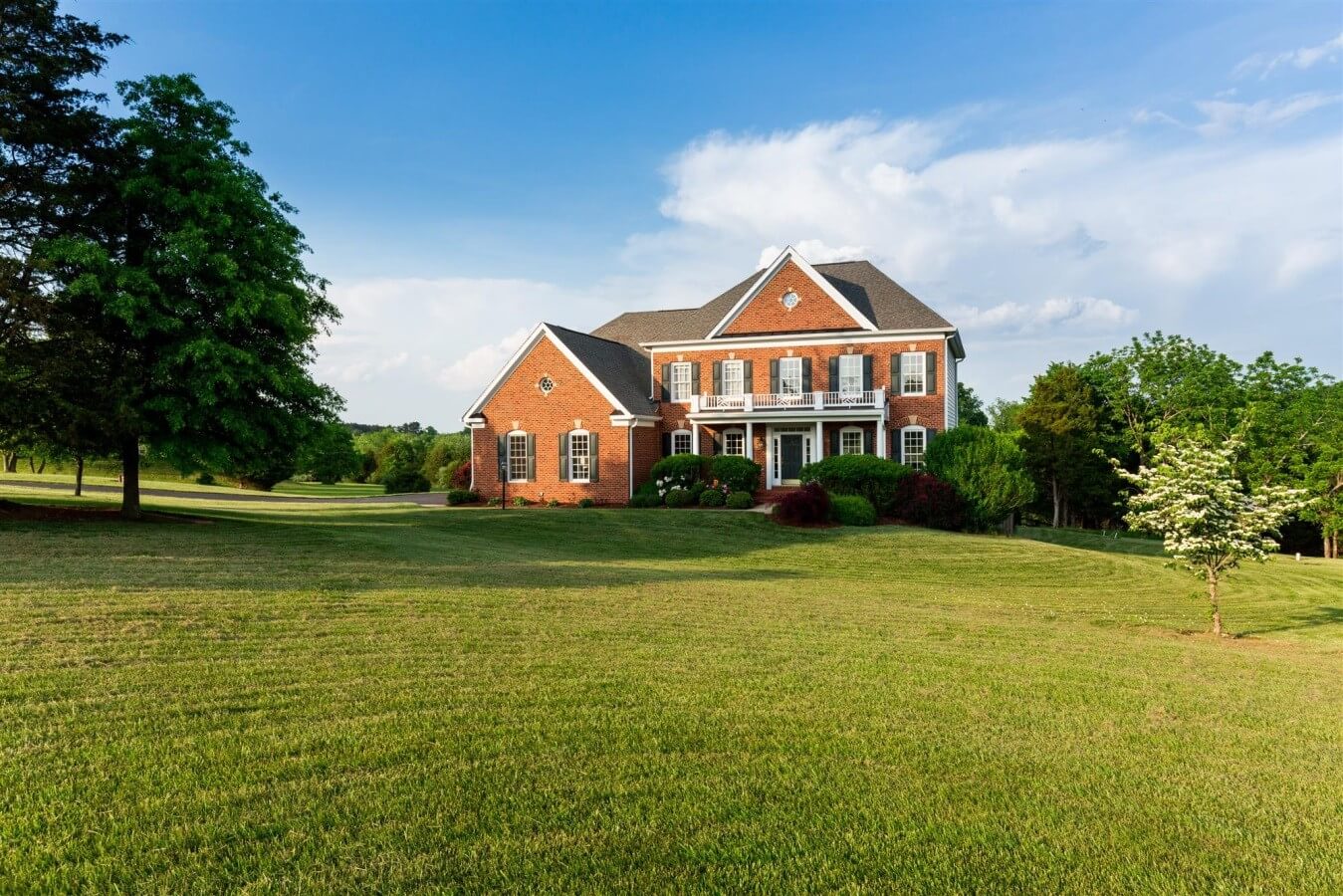 Finally, it’s worth pointing out that a lot of social life used to happen outdoors, to a much greater degree than today. People generally didn’t spend much time sitting around their stuffy homes; they visited friends in their backyards, traveled to the nearest town, and tended to chores outdoors. That’s partly why it was commonplace for men and women to wear hats and other head coverings while out and about, as countless old photographs can confirm. Everyone was under the sun for a significant portion of the day.

Occasionally, some idealistic commentator will claim that air conditioning units aren’t really necessary—people did without them for centuries, didn’t they?—and that we should just unplug ours in the name of energy conservation. The problem with this idea is that much of our modern life, from the construction of our homes to our habits at the workplace, has been built around the availability of air conditioning. Getting rid of air conditioning for good would require making major social changes—it’s not as simple as just pulling the plug and saving a few dollars.

Why Do We Need Air Conditioning?

As we’ve mentioned, most of us don’t need to hear arguments about the benefits of air conditioning in the home and the office; we’re already convinced. However, not everyone feels that way. It’s not necessarily pure stubbornness, either.

Preventing heat-related illness – Make no mistake: Excessive heat can literally be a killer. There are several medical conditions associated with exposure to high temperatures. These include heat stroke, which can send a person’s body temperature soaring over 106°F, with accompanying symptoms of nausea, headaches, and unconsciousness—sometimes resulting in organ damage or even death. 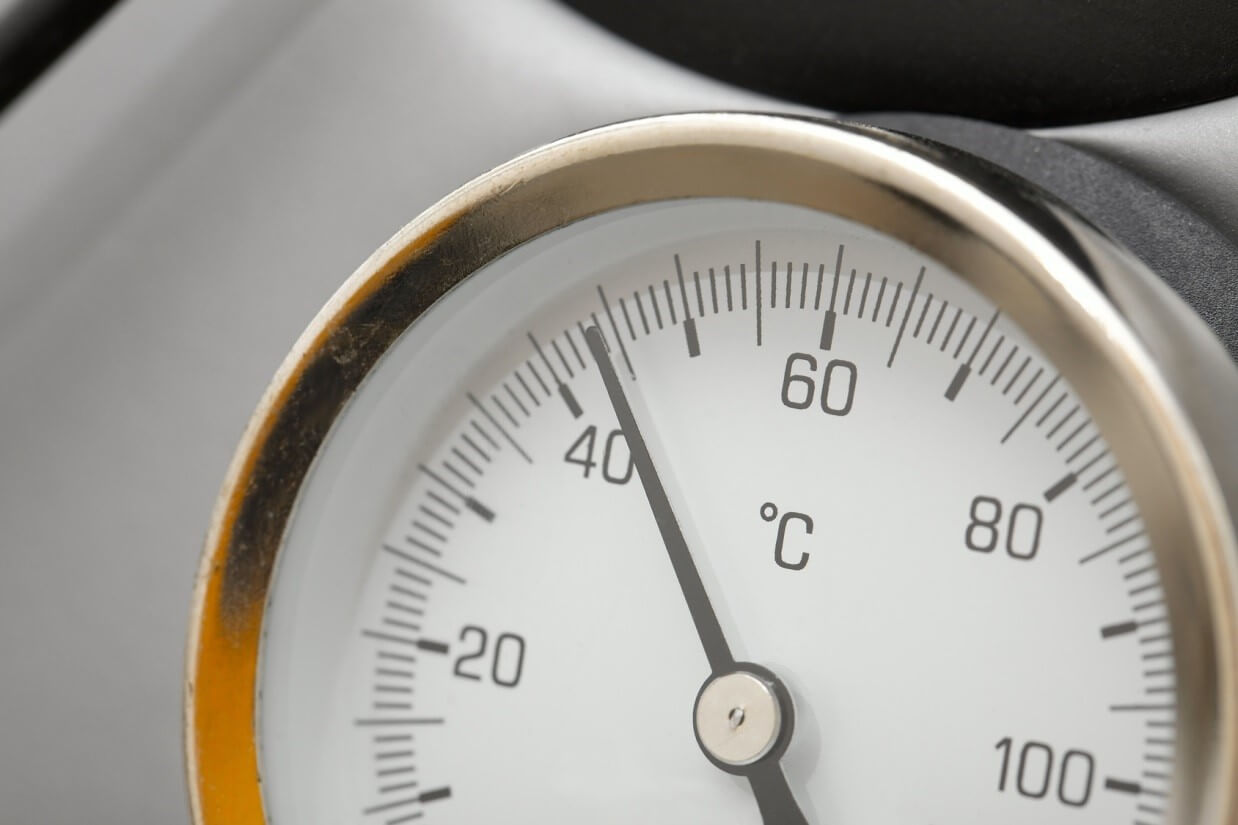 What’s more, heat stroke may develop in a very short time frame, causing debilitation before the individual can seek aid. Heat stroke can happen to anyone, but persons most likely to be affected are small children (4 yrs. and under), senior citizens, overweight individuals, and persons already suffering from other major health conditions.

One of the best ways to prevent heat stroke is to stay in a properly air conditioned area. This is in fact one of the official recommendations of the Centers for Disease Control and Prevention for avoiding heat stroke. According to the CDC, “Air-conditioning is the number one protective factor against heat-related illness and death.”

Relieving allergies – Anyone with an allergy knows that this sort of thing can be more than just a minor annoyance, but relief is often elusive. Your air conditioner can be an important ally in your quest for comfort. Why? It can effectively keep out the kinds of airborne organisms that commonly cause distress. Also, by lowering the humidity of your home, air conditioning cuts down on the incidence of mold and other toxins.

Promoting productivity – Whether you’re at home or on the job, it’s easier to get things done when you’re in a temperate climate. It’s also dangerous to engage in vigorous physical activity in high temperatures, particularly if you’re so caught up in what you’re doing that you forget to drink water to maintain a proper level hydration.

Aiding sleep – It’s hard to sleep comfortably in really hot weather, and California summers can stay awfully warm even after the sun goes down. To promote some quality shut-eye time, you should have an air conditioning unit that kills the heat for you. 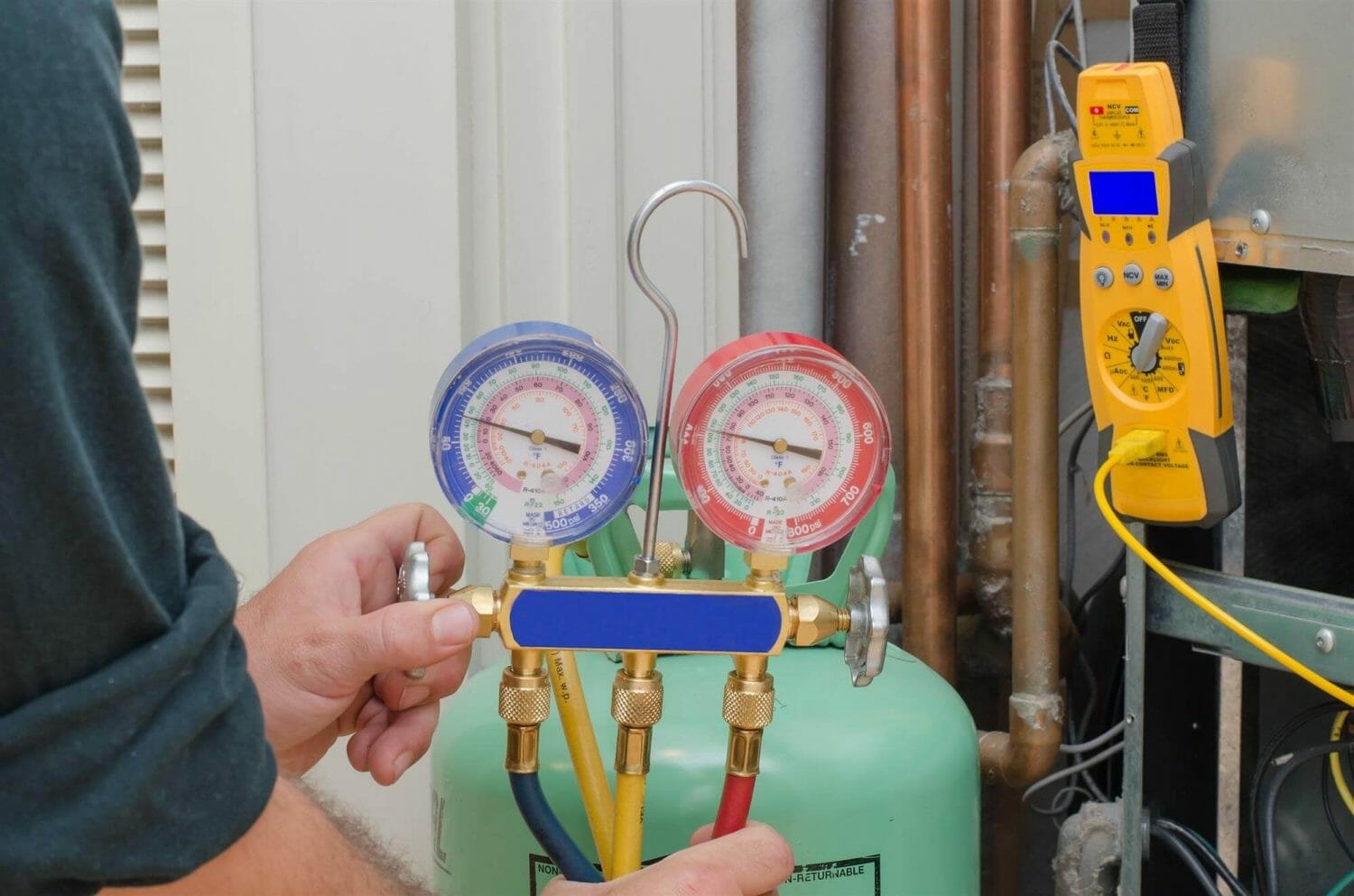 By now it should be clear that air conditioning is more than just a convenience—it can be a life-saver as well. In order to enjoy all the benefits that air conditioning can provide, you need to stay on top of matters by ensuring that your HVAC unit remains in prime working condition at all times. This includes establishing a routine maintenance schedule to identify and correct issues in the early stages, so you will always have a well-functioning unit that you will be able to rely on when you need it.

Since 1981, Kaiser Air Conditioning has performed HVAC installation and maintenance services to residential and commercial clients in Oxnard, California and surrounding communities. Please contact us the next time you need air conditioning service. 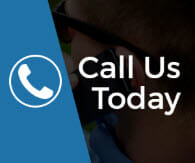